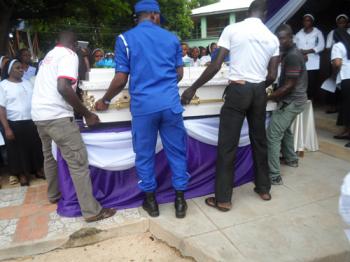 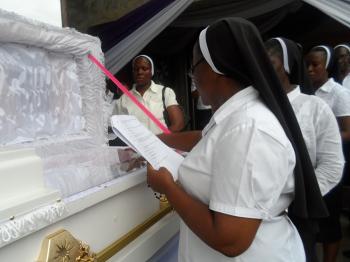 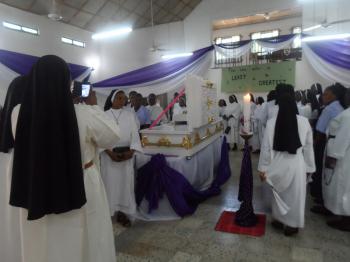 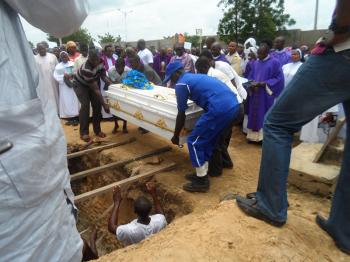 TO GOD BE THE GLORY!

During the vigil, the Prioress General of the Dominican Sisters of St. Catherine of Siena, Gusau, Nigeria, Sr. Jacinta Nwaohiri, OP Dominican Sisters, priests of Sokoto Diocese, family members of Sr. Joan, parishoners of Our Lady of Fatima Catholic Church, St. Edward Catholic Church, both in Gusau, Zamfara State, and those of St. Vincent Ferrer Catholic Church, Malumfashi, Katsina State, and friends were in attendance in great number. Likewise friends and well wishers from Lagos (Tobenna), far and near were present.

During the Funeral Mass and Interment, the Prioress General, the Bishop of Sokoto Diocese, Most Rev. Dr. Matthew H. Kukah, Dominican siters, brothers and priests, priests of the Diocese (Sokoto) as well as a lot of those who were present at the vigil were also in attendace.

The Holy Mass was presided by Bishop Kuksh and homily given by Rev. Fr. Albert Ebosele, a.k.a, Man of God.

May the soul of Sr. joan Nmadinobi Ofuokwu, O.P. and the souls of all the faithful rest in peace. Amen.